For many years now, CPAP therapy has been the cornerstone of sleep apnea treatment. CPAP stands for continuous positive airway pressure. What this means is that a CPAP machine provides a continuous stream of positive airflow into the nasal passages during sleep.

It does this via a specialized mask and set of tubing connected to the actual CPAP machine that creates the positive air pressure. Over time, CPAP therapy has proven to be a highly effective treatment for sleep apnea and has effectively improved the lives of many people across the world.

To really understand why CPAP is such an effective treatment of sleep apnea, it is important to understand what is happening during sleep apnea. Sufferers of sleep apnea will stop breathing for 10 or more seconds at a time at different intervals throughout the night. Each pause in breathing is referred to as an apnea.

The length and frequency of apneas differ depending on the severity of sleep apnea in a specific individual. There are multiple causes of sleep apnea, but all of them result in these pauses in breathing during sleep. Some of the possible causes and risk factors for sleep apnea are:

The apneas are disruptive to sleep and reduce the amount of oxygen that the sufferer gets throughout sleep. Some common symptoms and side effects of sleep apnea are:

There are also apparent connections between sleep apnea and things like weight gain, type 2 diabetes, and acid reflux. Although, in some cases, it isn’t known if sleep apnea actually causes these particular issues or is simply related to them due to similar risk factors.

Since apneas occur when the airway temporarily closes, you can essentially switch the apneas off with the use of CPAP therapy. The CPAP machine provides a strong enough flow of continuous pressure into the nasal passages and down the airway to force the airway to remain open throughout sleep and therefore eliminates the pauses in breathing.

The History of CPAP

Colin Sullivan – not to be confused with the English footballer or the antagonist in the TV drama The Departed – was an Australian physician born in 1945. As he grew, he took a strong interest in medicine and attended school at the University of Sydney.

In 1970, he graduated as a physician and went on to complete his residency at the Royal Prince Alfred Hospital, also located in Sydney. He obtained a doctorate in physiology and his research focused heavily on the upper airway.

Sullivan spent some time training under Dr. Phillipson in Canada before returning to Sydney to treat patients with respiratory failure. Dr. Phillipson had been conducting research on measuring airway pressure in dogs, which Sullivan carried back to Australia with him.

He focused on experimenting in dogs because he had a lack of good human subjects with sleep apnea. He even developed special face masks for dogs when he first started experimenting with the concept of CPAP.

In 1980, Sullivan finally had his chance to test out all of his hard work. He had a patient with severe sleep apnea that refused a tracheostomy. At the time, tracheostomies were the standard treatment for sleep apnea. The patient was happy, however, to test out the concept of CPAP.

Sullivan rigged up the first CPAP machine using a diving mask with medical grade silicone as a sealant. Once the patient fell asleep, Sullivan was able to experiment with different pressure levels on the CPAP machine.

It quickly became clear that this was an extremely effective treatment as turning the pressure up stopped the apneas completely and then reducing it back down brought them on again. Sullivan excitedly spent the rest of the night watching as the CPAP kept the apneas away for over 7 hours. Possibly the most exciting part was when his patient awoke the next morning feeling better and more alert and awake than he said he had felt in years.

From there, they faced the issue of creating a unit for use at home. Sullivan actually used a fan from a vacuum cleaner, plastic tubing, an AC motor’s belt drive, and other various parts to create a unit that could be used in the home. It was a while before CPAP therapy was taken seriously by anyone including the medical community – likely because of this MacGyver-style set-up.

It began to make headway specifically because the actual patients themselves were so enthusiastic about it and the way it changed their daily lives for the better.

The Growth of CPAP Therapy

By 1985, Sullivan was treating 100 different patients with at-home CPAP therapy. He, along with his team, created all 100 of the CPAP machines themselves. At some point, Sullivan began to take nose casts in order to create the masks and continued using the medical-grade silicone for the seals.

Originally, it was thought that CPAP would only need to be used temporarily in order to cure sleep apnea. The thought process was that the use of CPAP would train the user’s airway and brain to function normally and allow normal breathing throughout sleep. Sullivan eventually realized that this wasn’t the case and that full-time therapy was the answer.

In 1985, CPAP therapy started to go commercial when Phillips Respironics created the first CPAP machines to gain FDA approval. Their use continued to grow and 5 years later, in 1990, they introduced the first bubble masks. These masks provided a seal that was much more comfortable and therefore further innovated CPAP therapy.

Since then, many companies have joined Philips Respironics in making CPAP machines and supplies with a constant strive to make them smaller, more comfortable, more effective, and more convenient. CPAP therapy has come a very long way and there are now millions of patients using it to reduce or eliminate sleep apnea symptoms and improve their overall health and quality of life.

While CPAP therapy is extremely effective and beneficial for sufferers of sleep apnea, there is no denying that it can be very uncomfortable and even just unbearable for some patients. Having to wear a mask throughout the night, feeling the constant airflow each time you go to sleep, the noise of the machine, and even consistently maintaining CPAP supplies can prove to be difficult, inconvenient, and severely uncomfortable.

Because of this, many patients do not continue to be compliant with CPAP therapy over time. Lack of compliance with sleep apnea treatment can be very dangerous and even deadly in some cases. Fortunately, while CPAP therapy is still the best treatment option available, there are some alternatives for those that may not be able to tolerate it.

There are quite a few oral devices out there that claim to reduce snoring and improve symptoms of sleep apnea. These are referred to as mandibular advancing devices. They look similar to a mouth guard that would be used in sports. The way that they work is to hold the lower jaw forward slightly in order to open the airway wider and help prevent airway collapse throughout sleep.

Some examples of mandibular advancing devices would be SnoreRX and Zyppah. While the concept is certainly sound enough, the effectiveness of these options is questionable. Users do tend to report improvement with these devices, but it has also been shown that patients given placebo devices report improvement as well.

It is safe to say that while these may be worth a shot if you are unable to tolerate CPAP, there is no questioning that CPAP is more effective in sleep apnea treatment if it is an option for you.

One particularly interesting alternative to CPAP treatment is hypoglossal nerve stimulation. For this treatment option, patients undergo a relatively minor surgical procedure where a small system is inserted into the body. The system lays underneath the skin of the chest and runs up the neck.

The procedure involves only 3 small incisions and typically has a short and easy recovery with little to no restrictions to diet or activity afterward. The patient turns the system on and off with a special remote that they are given. It monitors breathing patterns during sleep and provides small amounts of stimulation to the hypoglossal nerve.

The effect this has is to push the tongue forward in the mouth and prevent airway collapse to reduce apneas and improve nighttime breathing. This is only an option specifically for obstructive sleep apnea (OSA) and it is still typically recommended to attempt CPAP therapy first.

Another innovative take on sleep apnea treatment is the use of EPAP valves. EPAP stands for expiratory positive airway pressure. The concept is similar to CPAP in that it increases pressure in the airway to help prevent airway collapse. It works much differently, though.

When using this treatment, a patient places one small valve onto the outside of each nostril. The valves feature small channels that allow air to pass through. This creates resistance during exhale in order to increase the pressure in the airway and therefore keep the airway from collapsing. It does appear that this is an effective treatment option for sleep apnea.

Sometimes surgery becomes the best option for sleep apnea treatment. In the case of children, surgeries such as removal of the tonsils or adenoids are actually the first line of treatment. For adults, however, surgery is usually only considered when CPAP and potentially other treatments have failed or been refused. There is a wide range of surgeries that may be considered for sleep apnea treatment depending on the specific patient and their exact anatomy. The goal for surgery is usually just to widen or even stiffen the airway in such a way that prevents collapse. Some possible surgery options include:

Every Case is Unique

Sleep apnea is an extremely prevalent medical problem for millions of people. A large number of cases go undiagnosed and it has been estimated that there are 22 million sleep apnea sufferers in America alone. With so many cases of sleep apnea, it isn’t at all surprising that there isn’t a one-shoe-fits-all solution.

CPAP therapy is certainly the first-line treatment in the majority of cases. It is very safe and highly effective in treating sleep apnea and eliminating the many negative health outcomes associated with it. The truth is, though, that CPAP just won’t work for everyone.

In March 2019 Amazon announced that Health Savings Accounts and Flexible Spending Accounts (HSA/FSA) would be accepted as new forms of payment for eligible product purchases. Using HSA/FSA funds to purchase on Amazon can be a great way to reduce taxes and reduce overall healthcare costs for items not covered under medical insurance. Users of such medical savings plans are issued a debit card by their provider, which can be added to their payment methods in their Amazon account. 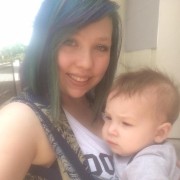 Back Brace Types for Lower Back Pain

How Effective is CBD Oil for Treating Anxiety?